Skip to content
By: House Music Directory Posted on March 11, 2022 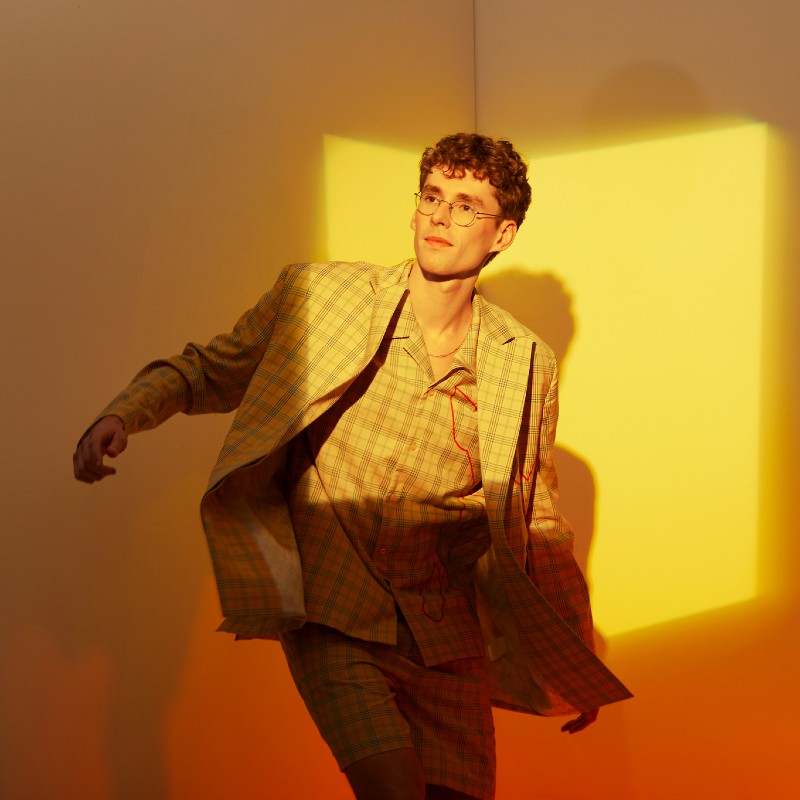 After the huge success of his debut live tour that saw Lost Frequencies burn bright with an all-new show concept, the multi-platinum producer brought together live vocals, instrumentation and all-original creation to sell-out gigs the globe over. From New York to San Diego, over to Amsterdam, Berlin and beyond, Lost Frequencies Live saw 30,000 fans across the initial tour in 2019 united over the artists illustrious discography and captivating performance, as now his live tour is announced for Autumn/ Winter 2022 and is set to be bigger and better than ever!

Having had one of his most bright and prominent years to date, tracks such as the #1 charting and multi-million streamed success of ‘Where Are You Now’ elevated him to a higher plane in hitting over 500 million streams across all avenues, the track was also awarded BBC Radio 1’s ‘Track of the week’. As well as having over 24 million monthly listeners, shows such as playing on the EDC Mexico mainstage to over 55,000 fans further translates his massive pull in the live gig setting, that he is excited to bring back into his own Live concept show later on this year.

Commencing October 6th with a four show Californian run that will see Lost Frequencies and his live band and vocalists hit San Francisco’s Regency and San Diego’s Music Box, followed by a double dose of live shows at Lost Angeles’ Fonda, Stereo Live in both Houston and Dallas will continue on the fun in Texas. Thousands will then descend into Echostage in Washington and the iconic Terminal 5 in New York City, before Toronto’s Danforth and Montreal’s New City Gas close out the North American and Canadian run on October 29th.

Then, it is the turn of Europe as the live tour zig-zags across the continent for an incredible 13 dates! From Lyon’s Le Transbordeur on November 2nd, followed by a show at Paris’s famed Olympia, Lost Frequencies live will then return to headline the colossal Vorst Nationaal Arena, a venue close to his heart being based in his native Brussels and a venue that dazzled when he played here last in 2019, of which is available on YouTube to relive the magic and get excited for what is to come once again in 2022. Returning then to Amsterdam’s Afas Live on November 11th, before playing at the gargantuan Lotto Arena, Antwerp, he will next-up play to tens of thousands of fans across Berlin, Munich, Hamburg, Cologne, Milan and finally, a long-awaited London return will see the spell-binding show hit up the Capital’s Forum. Closing out in Poland’s Warsaw and Krakow on December 1st and 2nd respectively, expect a riveting, glittering tour that signals the return of Lost Frequencies live fresh for 2022!

Tickets are on-sale Friday March 11th at www.lostfrequencies.com – see you on the dancefloor! 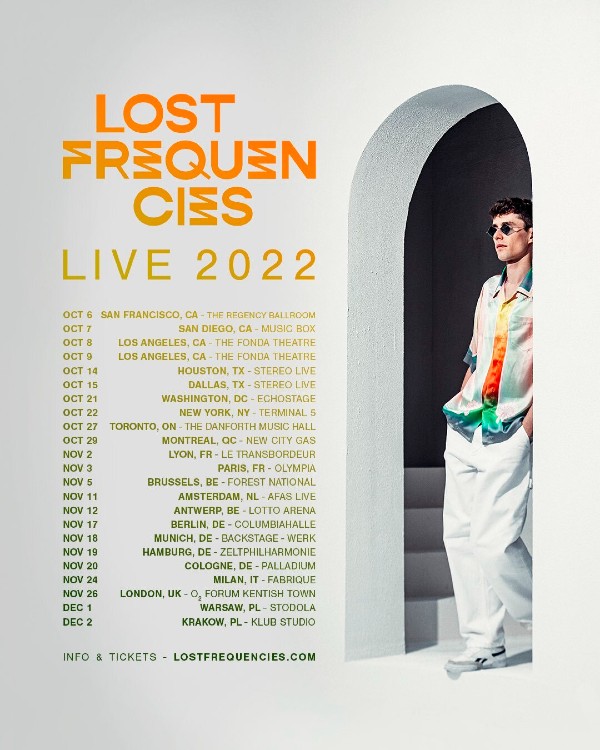